Lighting Up Your Home For Winter 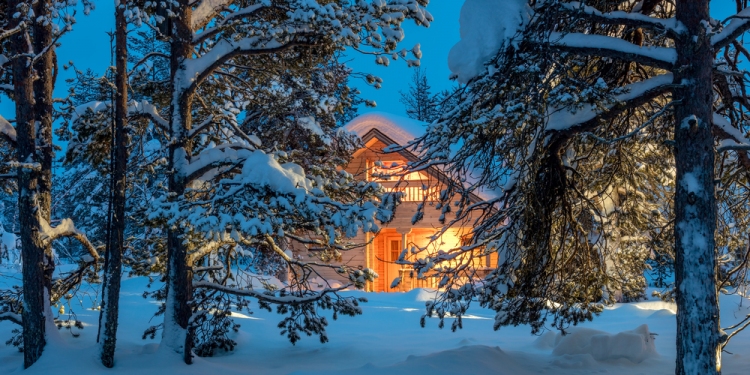 In the middle of summer, it’s easy to forget just how dark it can get in winter. The longest day of the year is in June, and after that, we lose a bit of daylight every day. The effect is generally more drastic in the northern part of the country, but you’ll still be able to notice it in even if you live in Florida. In June, you can walk home at 7 p.m. and still have plenty of night. In December, there will be days when it feels like the sun sets shortly after lunchtime, even though it really doesn’t. The time change in November makes the lack of daylight even more startling.

The human body needs light. There’s a reason so many people in colder, darker climates suffer from Seasonal Affective Disorder. If you’re susceptible to the winter blues, remember to take your Vitamin D every single day. That can make a difference, as can indoor lights especially designed for people with SAD. But don’t forget the other lights in your house, too.

Walk around your living space now. Do you have enough lighting? If you’ve been using lamps instead of changing the light bulb in the ceiling, it’s time to just bite the bullet and find the step ladder. It’ll probably be dark when you get home in winter. You want to be able to walk into a well-lit house, not a poorly lit cave.

It’s also a good time to check the state of your outdoor lighting. Ideally, you should be able to walk down to the mailbox and back without needing to turn on your cell phone’s flashlight. If you determine that adding more lighting fixtures outdoors is a good idea, there are a ton of options, including perforated tubes.

Outdoor lighting can also be a liability issue. It’s never pleasant to think about getting sued, but you also shouldn’t think it can’t happen to you. That’s just setting yourself up for trouble. Think of the Christmas carolers who come through the neighborhood every year trying to spread good cheer. It’s not going to be very festive if one of them slips and falls on your stoop and has to go to the hospital with a fractured leg. Even if you don’t get sued, you’ll probably feel pretty bad.

If that’s not enough, think of all the 24-hour gas stations you see lit up like Christmas trees at night. They’re probably doing that in part as a way of discouraging crime. You don’t have to throw a breaker, but a few well-placed lights may help dissuade criminals from hitting your house. At the very least, it won’t hurt.

You don’t have to love winter. If you hate it, you’ll probably have plenty of company. Plenty of people live in cold, dreary climates when they’d much rather be sipping a mojito on a beach in California. Not everyone can live in California, though. Adding lights to your house may not make the winter go by any faster, but at least it will brighten things up both literally and figuratively.

When and How To Upgrade Your Kitchen