Head Shop History: Why Do We Call It a Head Shop? 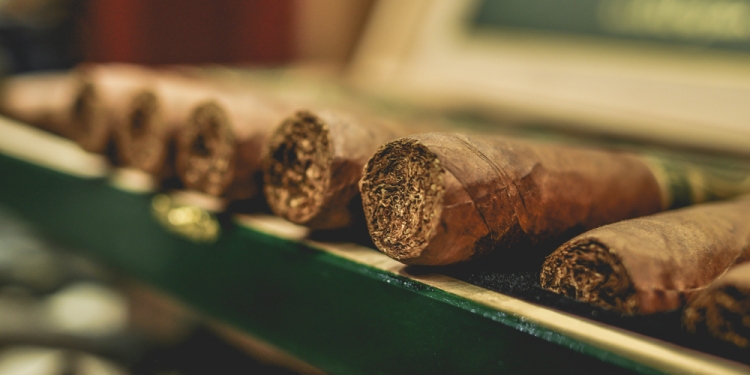 Head shops have become an established part of American counterculture. They sell items related to tobacco and cannabis, as well as other things like music and clothes. But the term “head shop” gets stranger the more you look at it. Let’s take a closer look at how head shops got their name, as well as how they operate.

The ’60s were a drug-soaked time, so it makes sense that the first head shops began appearing in major cities in the middle of that decade. 1967 brought the release of the Jefferson Airplane classic, “White Rabbit,” and a clue might be in those lyrics. The song includes the line “feed your head.” That’s believed to be a reference to expanding one’s mind through drug use. What else do you call the mind? Well, sometimes you call it the head.

People who partake of certain substances are also known by names such as “pothead.” So that’s another way the term “head shop” could have gotten the name. Out of context, calling a retail store a “head shop” sounds weird and confusing, but it makes a lot more sense once you go back and examine what life was like in 1960s America.

That was 50 years ago, though. Nowadays, drugs such as cannabis are more accepted than ever. In fact, Americans overwhelmingly believe that using cannabis is less dangerous than using alcohol, opiates, and tobacco. The laws haven’t quite caught up with public opinion, though.

In 2015, the news agency Reuters reported that “As states and cities across the country have lowered the penalties for possession, a patchwork of federal, state and local laws means little has changed at the head shops.” That means there are still quite a few places where you can walk into a retail head shop and browse the merchandise, but if you’re going to use the accessories to help you smoke marijuana, you better not say that out loud. Think it all you want, but if you say it, store owners feel legally bound to refuse service to you.

Philadelphia is a good example of how this works. It’s one of a few Pennsylvania cities to decriminalize marijuana possession. If you’re caught with 30 grams or less of the substance, you’re looking at a citation and a fine of $25. That means customers are free to stroll into a head shop in Philadelphia without worrying that the cops are going to come after them. But once you walk into that shop, don’t be surprised if the signs inside reference smoking tobacco instead of cannabis. Don’t try to get anyone who works there to say the magic word, either. You’re not being funny; you’re just being weird and kind of a jerk if you do that. The employees know better than you do what words and phrases they can or can’t say.

It may sound paranoid to be that worried about getting arrested for drug paraphernalia, and experts say such raids are uncommon. But they’re not unheard of. Look at Operation Pipe Dreams in 2003. The Drug Enforcement Administration arrested 55 people on drug paraphernalia-related charges. The public at large wasn’t exactly clamoring for the feds to go out and arrest people like actor and comedian Tommy Chong, but it happened anyway. Chong was the only person who served any jail time, and critics called Operation Pipe Dreams a politically motivated stunt. It’s a reminder that while head shops provide a unique and useful service, they must be careful about exactly how they provide that service.

Tips to Dress Stylishly for a Rummy ...