Relocating to the Northwest 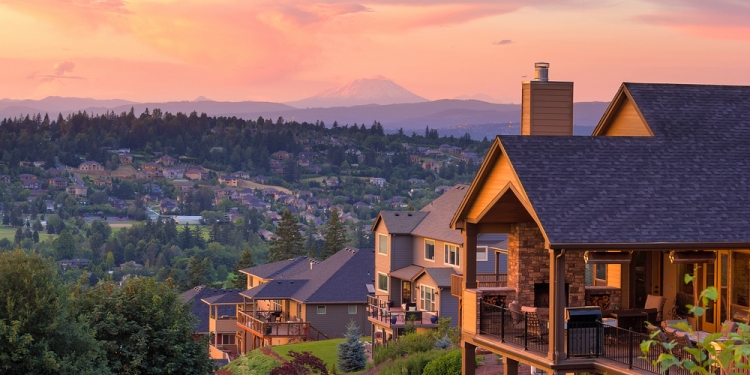 Moving brings out a range of emotions. There’s both excitement and terror at the idea of packing up your life and starting over in a new place. It helps a little when you’re moving to the Pacific Northwest, because it’s a region with great people and great culture, even if the sun likes to disappear for long stretches of time. Generally speaking, your moving strategy will be different depending on how much advance notice you have. If you have months to plan a move, then you probably also have time to do a lot of the work yourself. If you only have a matter of weeks, though, then hiring outside help will be practically essential. Things will occasionally feel frantic either way, and it’s best to be prepared for that.

A few months before

If your job lets you know four or five months ahead of time that you’ll be transferring to the office in Portland, Seattle, or Spokane, then that’s great. If no one’s approached you but you very much want to transfer to a branch in the Northwest, then start researching ways to make that happen. But once it’s a done deal, thank your boss for the advance warning, then go home and start taking inventory of all the stuff in your house. Be ruthless when thinking about whether or not that old kitchen table really needs to travel a few hundred miles to your new house or apartment in the Northwest. Do some numbers and figure out if it might be cheaper to offload a lot of stuff now and buy new furniture when you arrive. You can still take things like books and clothes, but if you were going to replace that couch in the next year anyway, why not just bump up the timeline a bit?

Do you have pets? Then start thinking of ways to get them to your new place with as little stress as possible. Some dogs love taking car trips, but a trip to the park is a lot different from a five-hundred mile trip to a new home. Talk to your veterinarian to see if medication is a good idea or would just make little Fluffy unnecessarily groggy.

A few weeks before

We don’t always get a lot of advance notice of a move. That’s especially true in certain professions. The military is famous for moving families with just a few weeks notice. A family may know that a move is coming, but they may not know where until a month beforehand. In cases like that, it’s often worth it to hire a relocation services expert based in the Northwest. Pay someone else to do as much of the work as possible. That doesn’t mean you won’t have any work to do, since there’s always work to be done when it comes to moving. It just means the work you do have will be a bit more bearable. Your workplace should cover at least some of the associated costs, too.

A sudden move is bad for adults who are in school. It can mean having to drop out of class in the middle of a semester. To avoid issues like that in the future, look for innovative academic programs that allow you to work via a virtual classroom. The increased flexibility is great even when you don’t have a cross-country move to plan, as it lets you meet your academic goals without having to show up in the same spot on campus once or twice a week.

Let us Entertain You: Party Yachts For ...

A Future in Healthcare