3 Reasons Why You Need a Vacation 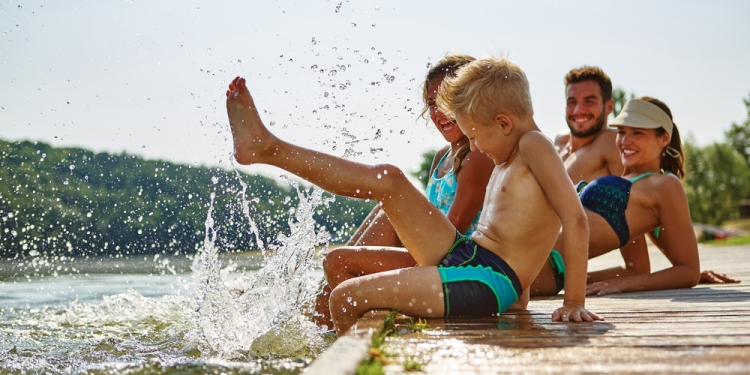 Americans are bad at taking vacations. According to one survey, 56 percent of Americans had gone at least a year without taking time off from work to get away from it all. Time magazine reported that, for the purposes of the survey, a vacation was considered a trip where the person traveled at least 100 miles away and was gone for a minimum of a week. That means a weekend at the lake house an hour away doesn’t count. Here are three reasons to grab your suitcase and take a real vacation.

Americans are way less likely to take a vacation than people in other countries. Part of that is because we get comparatively fewer days off. The Bureau of Labor Statistics says that private workers get an average of 15 paid days off per year, and that’s only after five years on the job. While this may seem crazy to people in Europe, around 24 percent of American workers report getting no paid time off whatsoever. There’s no federal law that requires it, and so many companies simply don’t offer it.

It makes sense that we would hoard our days off if we get so few of them, but 52 percent of workers don’t even use all the time they’re granted. Why is that? Part of it is probably a fear of taking a vacation and missing out on a promotion, but research shows the opposite is actually true: If you go on vacation, you’re slightly more likely to get a raise or promotion. So stop forfeiting all that paid time off because you think you’ll benefit in the long run. If your boss gives you a really hard time about it, then consider sending out your resume elsewhere when you get back from your luxurious trip to the holiday parks in Port Macquarie, Australia.

A cancer diagnosis. A car accident. A spouse who wants a divorce. All of those things can be considered a crisis, and once you find yourself in the center of something serious, it’s all you can do to hold on and survive. All of the above can be a drain on your finances as well as emotions, but, if it’s possible, you need to take a trip and get away from all that sadness.

Here’s why: When the doctor says he or she has spotted a cancerous mass on your lungs, you instantly start looking up facts about lung cancer. You become absorbed in a world of sickness and disease. Something similar happens when you and a spouse separate and you find that everything suddenly revolves around divorce decrees and custody agreements. It’s intense and not fun at all. If the doctor tells you the disease is in remission, or if the divorce finally becomes official, you deserve to take a few days to get away from your normal life and remember what it’s like to feel the sun on your face again. What better place to do that than at a beachside resort?

Travel doesn’t just relieve stress and lower the risk of depression; it also changes what you see when you look in the mirror. We’re not just talking about getting a tan in Hawaii, either; we’re talking about improved self-esteem. Navigating another country’s public transit system can feel like a challenge, but you’ll feel even better about yourself once you figure it out and arrive at your intended destination with time to spare. When you do something like that, you’ll no longer be just an office worker from Tampa; you’ll be a sophisticated international traveler.

Interacting with people from another country also makes you realize that the reality on the ground is much more complicated than the stereotypes a lot of Americans grow up believing. Every country has its own customs for doing things like drinking coffee, but if you make an effort to keep an open mind, you’ll find more commonalities than you ever realized existed.

Is a Speeding Ticket an Offense and ...