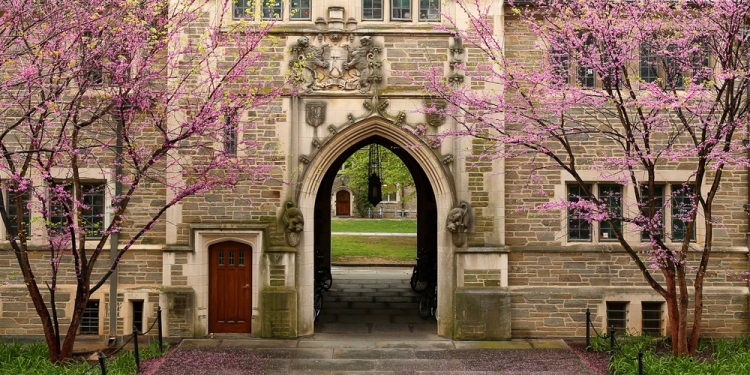 New Jersey is a competitive place for schools. It’s close to the incredibly cutthroat world of New York City education, and it’s full of great schools and big-name colleges (among them a little Ivy League school by the name of Princeton). It’s natural for parents to feel like sending their kids to a public school just isn’t enough to give them the advantage they need in today’s world. They want an environment that will challenge their kid while also inspiring them to be the best version of themselves. They want a place that will prepare their child to succeed in college, regardless of if that college is a swank private school or a less-expensive state flagship.

Many private schools place an emphasis on character without attaching themselves to any particular church. That can be a good option for parents who want their kids to get lessons in attributes like respect and kindness, but feel like they can take care of the religious education part on their own at home. Such attributes are especially important in elementary and middle school, when children’s minds are still incredibly malleable.

Many parents are worried about their kids encountering bullies in school. They fear that bullies are more likely to roam unchecked in crowded public schools. While sending your kid to a private school is no guarantee they won’t be faced with some unpleasant situations (because unpleasant situations can pop up just about anywhere), the low teacher-to-student ratio you’ll find in private schools makes it more likely that teachers and principals will be able to intervene quickly. It also can’t hurt to send your kid to a school that regularly talks about the importance of being a good person.

There are parents who want school to be an extension of the religious values they try to impart at home, which is understandable. But they also want school to offer a strong academic program that puts children in a position to succeed.

Let’s consider life in a place like Holmdel, New Jersey. You’re about forty-five miles from New York City, but you’ve also got more breathing room than the fine citizens of the largest city in the United States. You’re also living in one of the most-populated counties in New Jersey, not to mention one of the wealthiest counties in all of the countries. For many people, life in Monmouth County means existing as one of the top one percent you hear so much about. People with that much money generally have high academic expectations for their children. Roughly a third of all adults in New Jersey are Catholic, too, which means Catholic schools in places like Holmdel are a great option for many families.

Whether you live in Bergen County and commute to work in Manhattan or live in Camden County and commute to Philadelphia, life in New Jersey means spending a lot of time trying to get from one place to another. You want your kid to have the smoothest route possible on their journey as well, even if their journey is more figurative than literal at this point. For many parents, sending their kids to private school gives them the best chance at merging onto the on-ramp of life.

What Your Phone Case Says About You