3 Reasons to Buy an Inflatable Boat 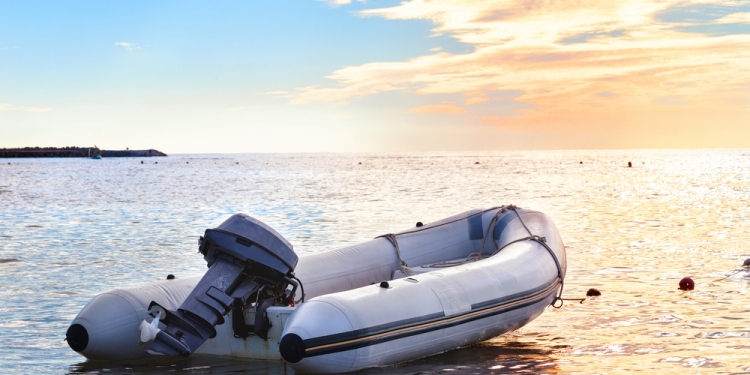 To truly enjoy the delights of the water, one must move beyond the riparian. A bad day on the water is better than a good day at work (as innumerable bumper-stickers exhort). It’s tempting to take the plunge (as it were) and buy a boat, but to quote another aphorism, the two happiest days in a boat owners life are the day they buy a boat, and the day they sell it. Where is the middle ground, then? Kayak? Canoe? SCUBA gear? Split the difference, we say, and get an inflatable boat. Here are three reasons why investing in an inflatable boat is your best option.

The Price is Nice

Who has the cash on hand to shell out $20,000 for a pontoon boat, or $50,000 for a small fishing skiff? For most people, those prices are reserved for your mortgage. According to Priceonomics, a boat loses 20 percent of its value in its first year, and a little over ten percent per year every year thereafter. Furthermore, the upkeep for a conventional boat hovers around ten percent of its price tag per year. So in the first year alone, you are essentially losing thirty percent of the initial value. All this for something you will use perhaps twenty times over the course of the year. That’s a lot to pay for a fishing trip. Wouldn’t you rather spend that money on bait, tackle, and beers? Most inflatable boats are under $2,000, with an engine priced a few hundred more. Much better. Nobody wants to be stressed out while on the water, least of all about money.

The Fish Will Thank You

Inflatable boats, being lighter, can use electric motors. Your typical boat motor uses diesel and/or gasl, one of the most polluting fuels on earth. According to the University of Vermont, personal watercraft engines leak millions of gallons of diesel into American waterways every year. Furthermore, most watercraft engines are significantly more polluting than cars. UVM’s study continues, “Two hours of exhaust emissions from a Jet Ski are equivalent to the emissions created by driving a 1998 automobile 130,000 miles.” Emissions from an electric motor, on the other hand? None.

Inflatable boats also have less of an impact on the aquatic environment by virtue of their design. Since they skiff on top of the water, they are not as disruptive to life below the waves as a deeper-hulled conventional boat. Buying an inflatable boat can not only be a fun choice, it can also be a green one.

Take it on the Road (or in Your Closet)

Part of the fun of an inflatable boat is the fact that it can fit in your trunk. Pack it up and take it to your family’s Fourth of July celebration and now you’re the cool aunt or uncle taking the kids on the Intracoastal Waterway. Live in a land-bound state? Then maybe it’s the local lake. Inflatable boats are easy to transport and easy to fill, so it can be a new destination every weekend, even for mountainous lakes and streams accessed by the kinds of treacherous roads that a boat on a trailer wouldn’t survive. Plus, a collapsible boat doesn’t need the kind of driveway space that a conventional boat would. If you live in a place where the neighborhoods are a little more dense, and driveways a little less likely, a watercraft that can live in your closet seems a lot more appealing.

8 Luxury Jewelry Items For the Man ...